What is card advantage?

Card advantage is (or should be) defined as the difference in resources between you and your opponent. Resources in Yugioh, for the purposes of card advantage always take only two things into consideration.

These are the cards that you know you can access right now and by extension, the cards your opponent has access to at any given point.

The game of Yugioh starts at a 0, The player who goes first doesn’t draw so they don’t get any free card advantage over their opponent. If they choose to do nothing and pass the turn to their opponent, and they draw,  they’re now at a +1 and they’re ahead.

We use card advantage as a way of always being able to quickly assess where you are in a duel no matter what deck you are using or your opponent is using. This is important because unlike other TCG’s there’s no inherent resource system. I always explain the resources in YuGiOh as your monsters (not you True Draco). This originates from the very first structure deck and rule sets where you need monsters on the field to get bigger monsters on the field by tributing the smaller monsters.

By having the concept of card advantage in place we can eliminate any kind of variables and have a baseline to determine how best to make plays and how best to win. Most duels are won by card advantage before life points are even touched.

It’s not a perfect system but it’s an important one to understand so you can improve yourself as a duelist and come out on top. Next time you’re watching a duel or duelling yourself try counting your advantage and see the difference in your wins and losses in regards to card advantage. 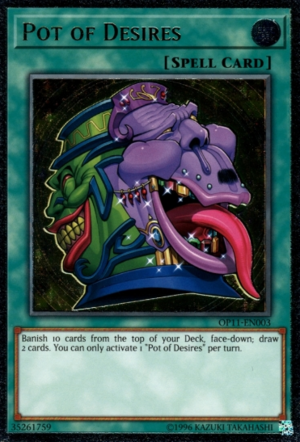 A lot of confusion comes with card advantage around a few cards, such as the infamous Pot of Desires. Banish 10 cards face down from the top of your deck to draw 2 – a +1 to anyone sensible, but the argument for the less informed is that you’ve lost access to cards so you’re down in card advantage. This is wrong because you have one extra card than you had before in your hand or on the field. Cards that are in the deck, grave or banished are not counted as cards for card advantage because it introduces variables that can’t be accounted for.

An easy way to know if you’re getting off-topic on card advantage is when you start asking yourself, or someone else “What if” This what-if-ism is counter-intuitive to understand the fundamentals of a lot of things in the world, and Yugioh notwithstanding. 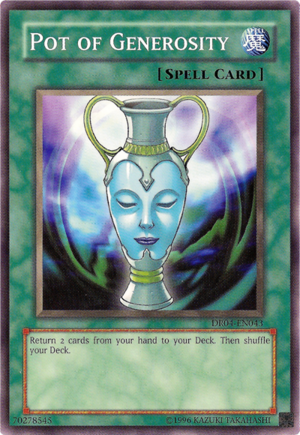 What if I have a Mezuki in the grave? Doesn’t matter it’s not an advantage in the gave until you activate it. Then it’s a +1 in card advantage.

Book of Moon, Foolish Burial – Both are -1, but limited to 1, has only just returned to 3, but no one ever said Foolish Burial was a bad card. Other notable -1’s are Droll and Lock Bird, Ghost Reaper, Effect Veiler.

If you’re keeping track of your advantage vs your opponents you can figure out if these are going to be good cards for what you want to do.

Now I’m not saying that banishing cards off the top of your deck isn’t a thing to worry about, it can be, in some decks, but you’ve got to separate the card advantage calculation from the cards available conversation.

Add card advantage to your toolbox and you’ll take a step towards being a better duelist. Let us know in the comments if you have any questions. If you disagree and think that Pot of Desires is a -13 then leave one too.

This site uses Akismet to reduce spam. Learn how your comment data is processed.